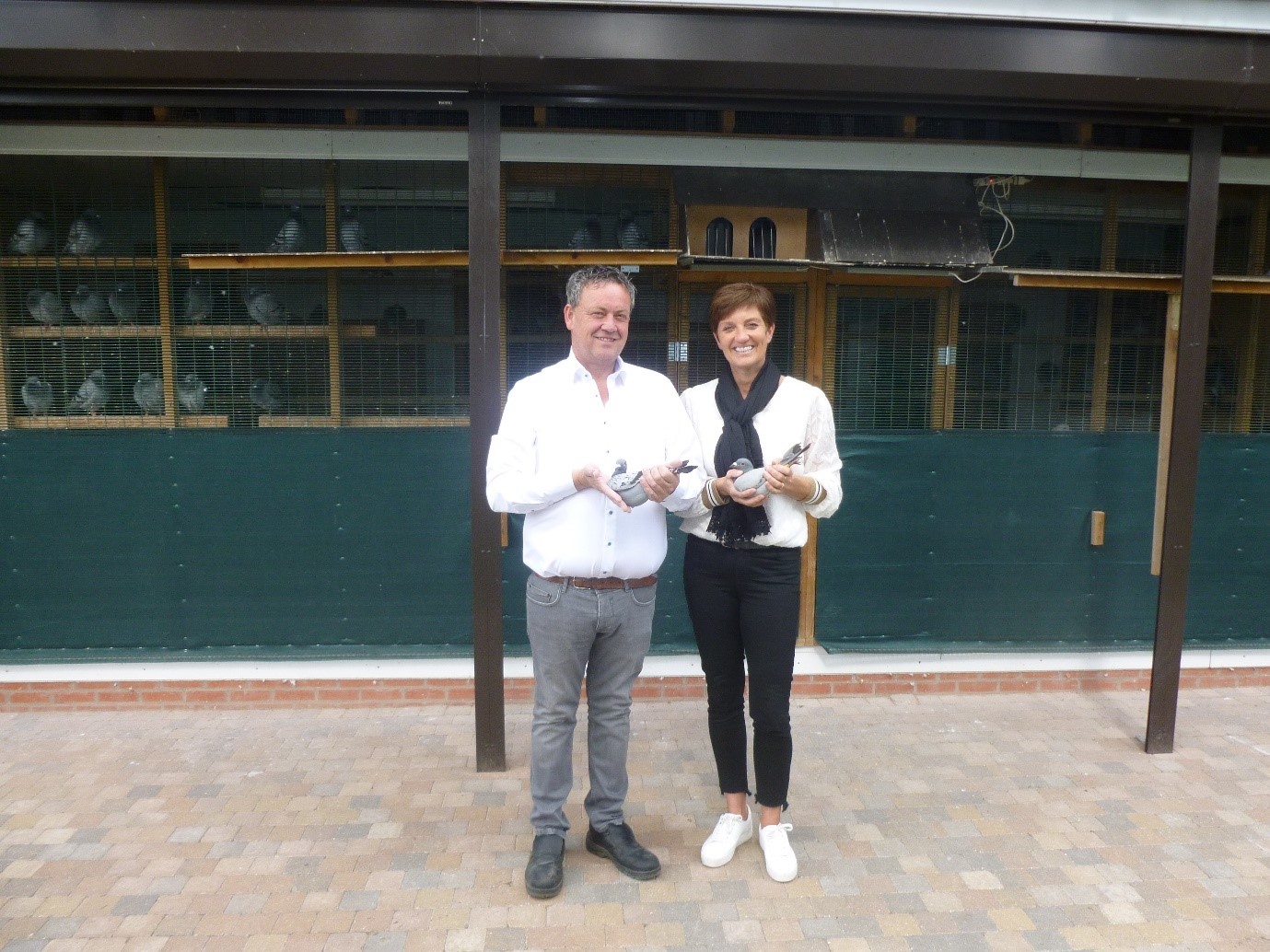 For a pigeon fancier Belgium can be the “Mecca” and somewhere the excitement of visiting never diminishes. Visiting a loft for the first time only adds to the feelings of anticipation and excitement. Arriving outside 137 Steenweg Oosthoven , it felt the anticipation would be justified.

It would be hard to meet a nicer couple, Jan and Marleen fly the pigeons together but under the name of their son, hence the race loft goes under the name Niels Broeckx. 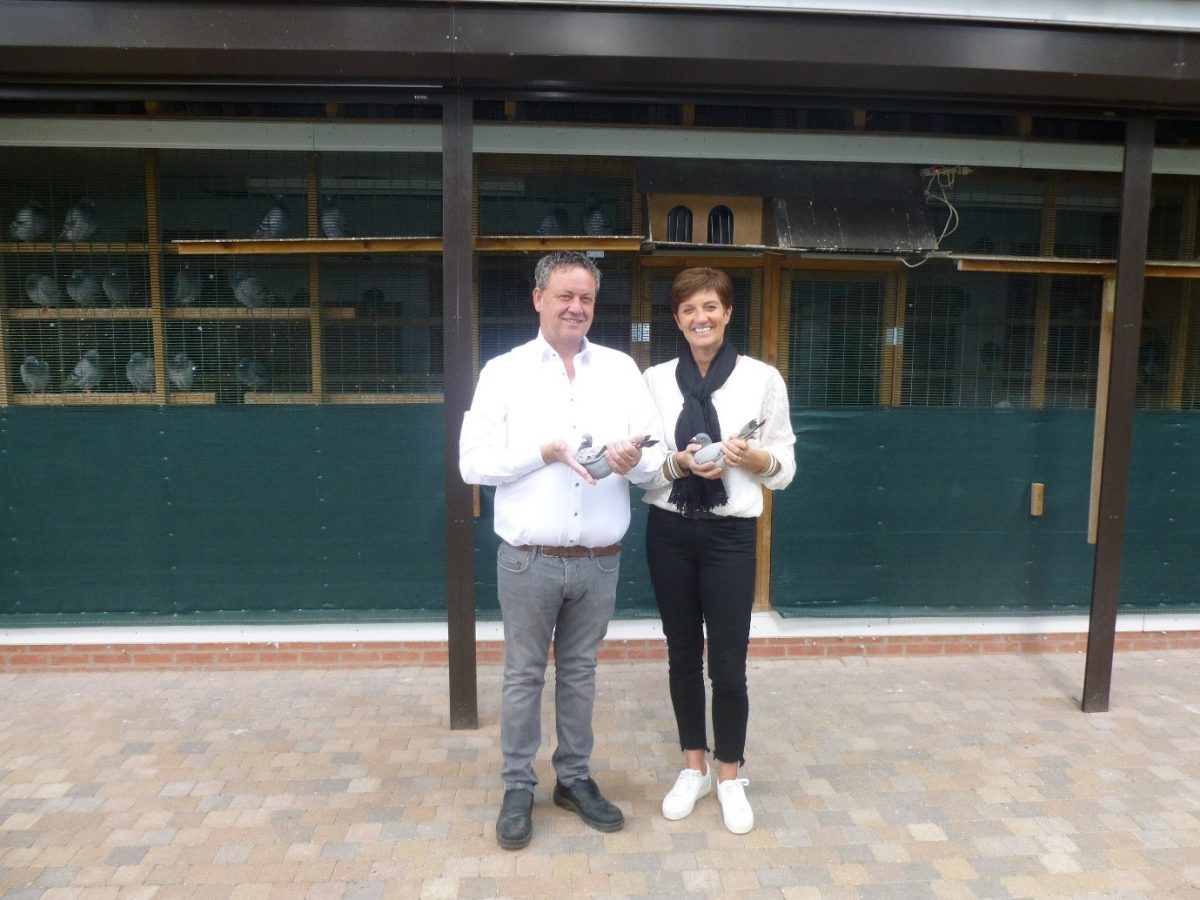 Jan started racing pigeons on his own in 1995, his father had raced birds since 1978 so there was a good grounding. Prior to racing on his own he had raced in partnership with his sister in the 80s where they became youth Champions. When you are in Jan’s company you sense you are with a man who knows pigeon racing, the sense you only get when you are with a second or third generation pigeon fancier.

Jan has retired from a successful business and now with his wife they focus all their time on their pigeons; they both have a love for the birds that comes across very quickly.

The origins of their birds go back to his Father’s birds and recently they have introduced many birds from their good friend Bart and Nancy Van Oeckel. They own birds from their best, such as F16, Gaston Jr (Gaston Van De Wouwer), Zwarte Diamant (Black Diamond – Bart Geerinckx) and Crazy Boy.

Interestingly, they also obtain 10 birds from a local successful fancier called Paul Voeten each year.  It’s not only the famous fanciers that own good pigeons! 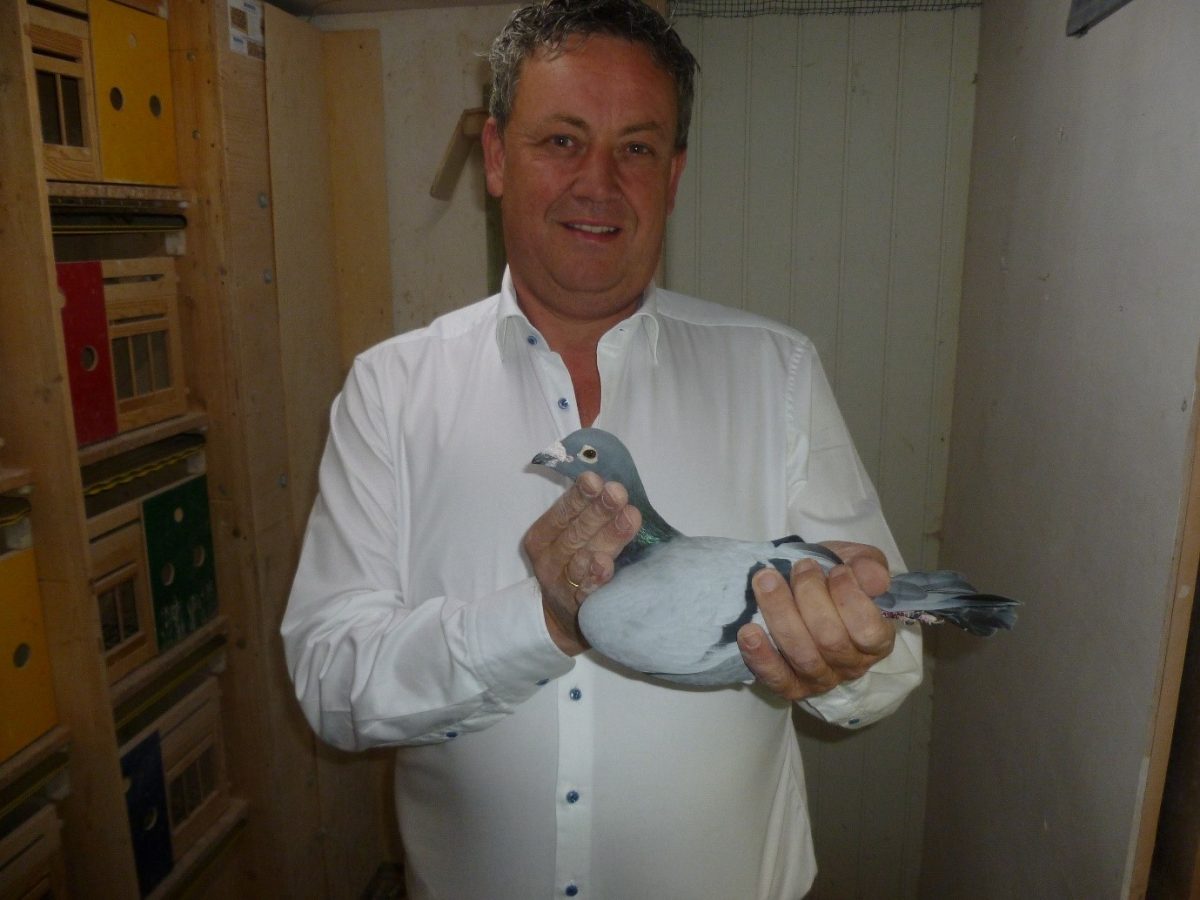 Apart from results, when selecting a new bird he likes to see a certain type of eye. I have to say that this is the first Belgian fancier I have come across that has said they consider eye sign to be important. Apart from having two, he likes to see black eyes; pupils should be nice and clean and have a black surrounding around the eye. Wing is less important, but the back must be strong. He doesn’t like a bird with a deep keel.

Jan and Marleen like to concentrate on races between 500 and 700 KM. This year for the first time he raced YB cocks on Widowhood at the short distances.

He pairs his stock birds on November 20th and breeds youngsters for his own use until April 15th , that is when the last YB are weaned for the darkness system. Pairs then breed until June with the occasional best pairs breeding beyond that. His selection method for pairing is “Free Love” as Marleen described it. There a few top couples he keeps together, the remaining pairs can select their own partners. He will breed 250 YB for his own race team by September and a full race program half are still left to be raced as yearlings. Selection is a constant policy, if they feel a bird is not right it is removed.

All stock birds have the required vaccinations and when they are paired, they get a treatment for Canker for one week. His stock birds are never tested by the vet and they are fed as much as they want and are fed Beyers breeding mix. They get vitamins, the usual minerals and grit plus 4 oils from Herbots weekly.

Free Love sometimes has its own rules!

They like to wean their YB late, around 28 days or more. Jan likes to see them leave the nest on their own and be sitting on the ground.

He vaccinates for Paramyxovirus and Herpes when he weans the young birds then Paramyxovirus again 14 days later, two weeks after that they vaccinate for paratyphoid, so three vaccinations in total. They also treat for Pox with the “pulling feathers and brushing on” vaccine method, which covers the life of the pigeon.

Jan and Marleen do not get YB sickness and put this down to feeding a very light mix when they are flying around the loft. The YB always get as much as they want twice a day, he feeds until they stop or drink. Jan believes feeding a light mix is important as they digest it more easily. From the moment the YB are weaned they have access to outside of their loft. They suffer with Hawks like everyone else does but just mange it the best they can.

He treats the YB every 3-4 weeks against Canker, sometimes in water, sometimes with a pill. He also for the last two years has treated every three weeks for coccidiosis. He is convinced they pick up issues in the race basket and need treatment. The birds are tested twice a year by his vet Raf Herbots.

Jan darkens his YB from March 1st until June 21st. After darkening ends, he turns the lights on, and they stay on until midnight. 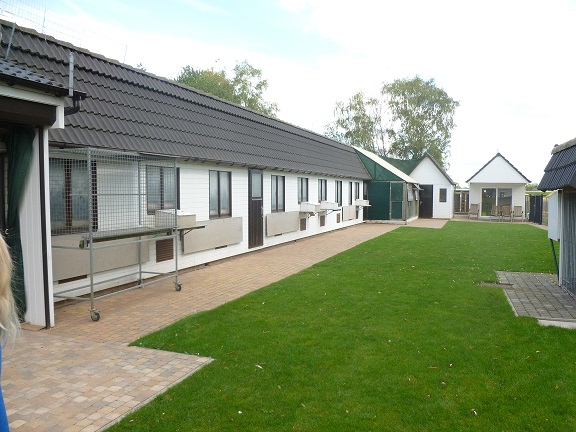 Jan begins training on the road around Mid-May. They start at 5Km and go to 50Km, about 15 training tosses in total. After this the birds are exercised around the loft until the National races start in August. At this point they road train the YB again for a week, not for fitness but to “remind” them of what is required of them.

They use the “sliding door” method to race their young birds. This occurs after the races have reached 130 KM, which will be sometime in June. The cocks and hens are then exercised around the loft separately for 1.5 hours twice a day. They are not flagged during this time. They are let together on the day of basketing for a few minutes and allowed to mix when they return for approximately 15 mins, sometimes longer depending on the race.

The young birds are raced the full program, 15 races, 6 of these are long distance with the longest being 585KM. If the birds are healthy, they go to every race. This year they did try something different, they paired some young cocks to old hens and flew them on Widowhood on only short races. They were paired on 18th May and as soon as the hen had laid the eggs were removed, they were then on Widowhood. The results in the season of doing this were impressive.

After the season has ended the young birds are kept apart for the winter and to moult. To help with the moulting they use Buttermilk on the corn for 3 weeks using 2lt of Buttermilk on 20kg of corn.  They believe this really helps kick start the moult and they have never had a bird not moult out.  The Buttermilk is also used on the Old Birds when moulting. 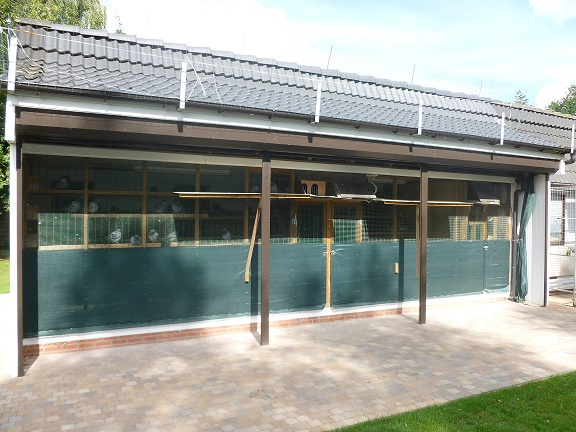 Jan races around 30 Old birds and 60 Yearlings. From the 60 yearlings there about 16 cocks and 50 hens. They prefer hens because they can race every week and cocks can’t. He doesn’t allow the Old Birds to breed, in fact he barely allows them to pair. They are not paired until April when they are allowed to be together for a week and then separated. Yearling cocks are an exception to this, and he pairs them in March, and they can rear a young bird. When the rest of the team have raced Noyon 240KM they are allowed together again for a week and parted. He believes breeding takes too much out of the race birds. 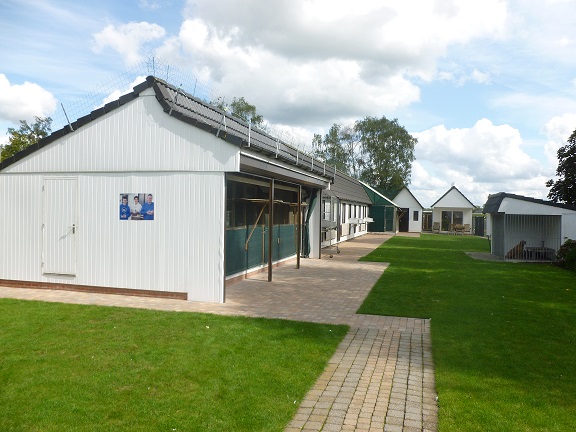 In preparation for the season the old birds are trained for one week on the road up to 100KM. After this they are exercised around the loft twice a day for an hour each time. Jan occasionally has to flag the Cocks to make them fly, but never the Hens. The system they fly is the “chaos” system; the birds are mixed on the day of basketing and on their return they can go where they like within the loft. On the shorter races they stay together for 30 mins. On the longer races they can stay together then they return until the evening the following day but they do not see each other before basketing before the longer races.

The feed is a light mix from Beyers (Gaby Vandenabeele) and the birds eat as much as they want. This is changed to an energy mix later in the week, up to 4 feeds of energy before they are basketed for the race. On the return from a race they are given electrolytes in the water and in the evening, they get honey and protein. On the longer races the Cocks can have a week off, so they race every two weeks. The Hens tend to race each week, Marleen says the “women are much tougher”!

Medication program is the same as the young birds, plus they use the protein powder from Herbots.
Jan believes that Young Birds need motivation, but Old Birds need to be calm. With Old birds, motivation is not that important.

They like things to be simple, and the loft was designed that way. One change they have made in the loft is to add a vent from the loft into the roof, this resulted in a big reduction in one eye cold and respiratory issues. They also noted that the birds would be on the ground a lot before this was introduced, now they sit in their boxes. Their daily regime during the season is long, they start letting birds out for exercise at 5.30am. The morning exercise is completed by 11am and then they start again at 5pm.

Jan feels the overall cost of racing pigeons is increasing and to him needs to be addressed. Vaccinations, feed, cost of birds etc makes it difficult, if not impossible, for young people to get involved in the sport. Marleen believes the sport needs to consider the role of the partner, wife. It can be very difficult for them if they are not involved or interested in the sport. Jan and Marleen are pigeon fanciers that race pigeons for the love of the sport. Their love and affection for their birds is obvious and refreshing.

This is a loft that can only improve, they have achieved some great performances in the past but “watch this space” as more are sure to follow.

One thought on “Free Love is Winning in Oud Turnhout”