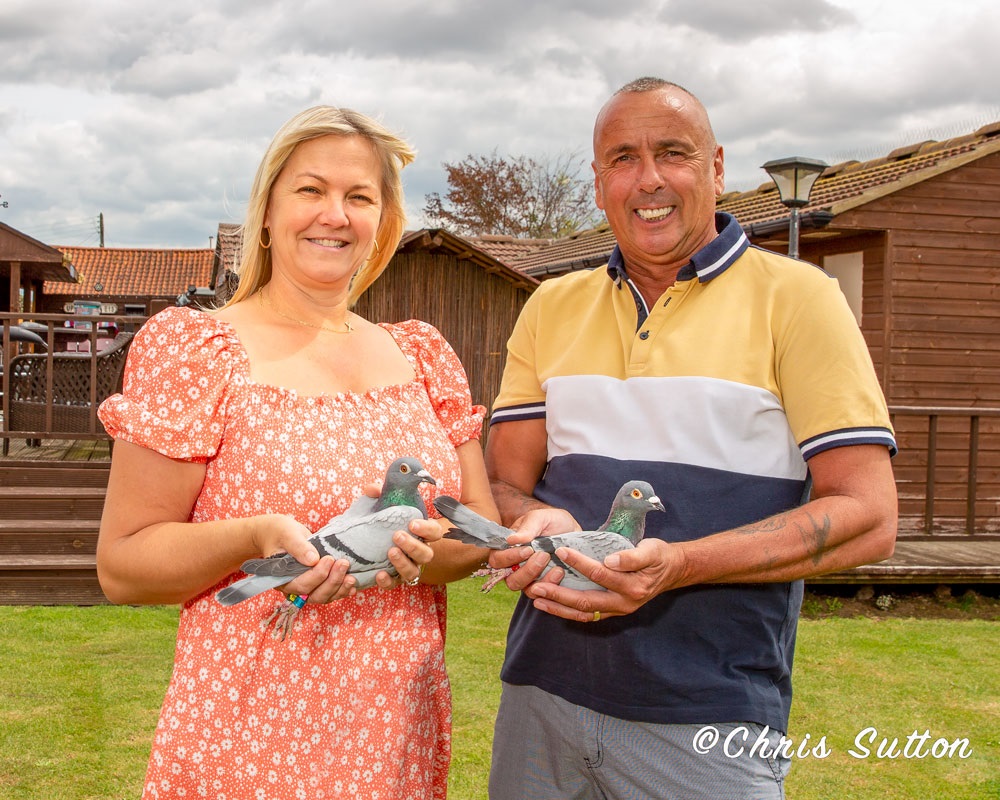 On the 20th July the British International Championship Club held their second race of the season from Le Mans, the 2693 birds sent by 316 members were liberated at 11:00 into broken cloud and sunshine. The channel was clear of the main heavy showers which had migrated off the flight path heading eastwards. Over France the winds were mainly south westerly 13 to 20 mph which was sustained over the channel and into England.
First open was Micky Watts from Southminster who has become a master of these races towards the end of the season with his team of racing hens with this being yet another National win at his relatively new loft location. He has evolved his racing system with the main aim of competing in the Old Hens races held in conjunction with the young bird National races in both the NFC and the BICC. He works them hard as he prepares the young bird team for their future racing careers only this year, he had decided to add a little twist to the system which allowed him to begin racing the old hens earlier than he normally would.
He changed his nest boxes and added a little sliding partition down the centre so he could pair one cock to two of the hens.
Normally he would race his widowhood cocks through the old bird program and once racing had finished for them the “stay at home” widowhood hens would be placed into the young bird section and flown with them until the main races at the end of August. But he found that some of them would pair together which affected their loft exercise, so he decided not to race all his cocks and altered the nest boxes in a single section. Early in the beginning of the breeding season, he paired one hen to the cock in the right side of the box and once their young birds were 12 days old the hen was removed for the cock to complete the rearing by himself. After a couple of weeks, the second hen was paired to the same cock in the left side of the box and they too were allowed to go to nest.
Once racing began, the cock was removed and each hen was locked in her side of the box during the week, being let out for exercise twice per day. This increased the bond the hen has for her box even more with the added benefit of them not being able to pair together. When the races were approaching that Micky wanted to enter, he would put the cock in one side with a hen and before basketing, remove the sliding partition to create extreme jealousy between both the hens, bonded to the same cock and nest box. He would stand and watch them for as much as two hours before removing one to go to the race and from Le Mans he had three of them come together, racing right to the nest box as fast as she could. The afternoon reward was to spend a few peaceful hours alone with their mate.
Micky timed a Vandenabeele hen called “No Regrets”, which was typical of the family, being small, apple bodied and with supple breast muscles. They are fed on Verselle Laga Traditional mix individually in the nest box, to increase the love of home as much as possible and with the main target races yet to come, I am sure I will be visiting Micky and his wife Sally again very soon.
News and views to me Chris Sutton on 01530 242548 or 07792 356330 email biccpressofficer@gmail.com