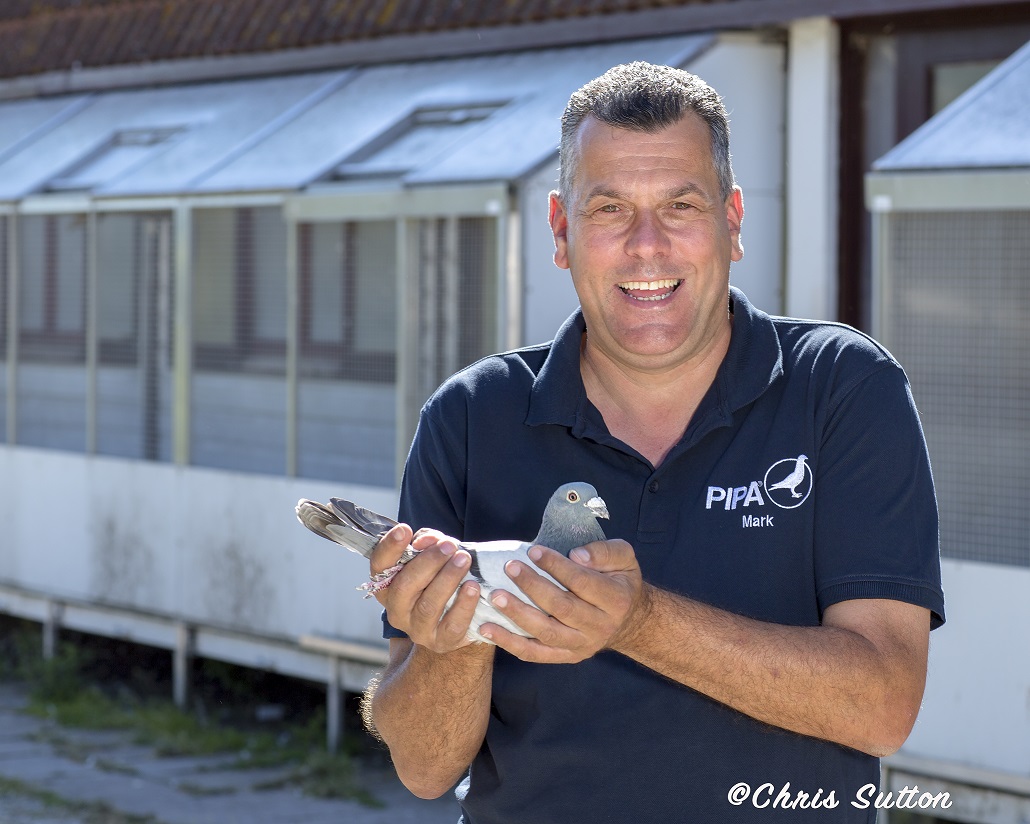 Having been released at 7:15am British Time, the pigeons had to face a light head wind from the north east through most of France and indeed it was not until evening time that the French began to make their recordings around the Paris area. As the UK birds would have to take on a stronger more easterly wind in the channel, I for one did not expect any UK birds on the day. But I had not reckoned for the performance of the century which was about to unfold. Amazingly, news came through that Mark Gilbert had clocked three birds, flying 562 miles on the day, in an unfavourable wind, to take the first, second and fourth in the International result at the close of the first day.
When I arrived at 5:30am the next morning, I was met by his father Jeff who opened the security gates and told me three Dutch pigeons had taken first place in the International result. Not too discouraged, Mark was upbeat about the race and the condition of his birds. A further six very brave birds dropped in over the next hour or so, and I photographed the first three pigeons whilst Mark verified his latest timings. We then learned that no other birds had been recorded in the UK and at that moment he had taken the first eight positions in the BICC UK National result from a 562 mile race. It was truly amazing and a real privilege to experience the moment. I left around 10am and in the two hours it took me to drive home Mark clocked another 20 super pigeons with them continuing to arrive during the morning. Bring on Barcelona, as this is the team that is going there and they are something really special, also bring on Agen, as Mark has another team which is no doubt equally as good and being prepared for St Vincent.
The breeding of the first pigeon home and 4th International Pau is from a son of “Kanibal Barcelona” which scored 4th International Barcelona against 25750b in 2010, when paired to an Etienne Meirlaen hen which is the mother of 1st National Agen. The dam is direct daughter of “Southfield Supreme” 1st International Dax 17400b when paired to “Tocher George” half sister to “Euro Diamond”. Second bird home being 5th International Pau is from a son of “New Laureaat” Golden Wing winner and super Barcelona racer between 2011-2013 when he was paired to “Silvie” 3rd International Barcelona 20669b. On the dams side he father is “New Witbuik” 6th International Barcelona 25320b when paired to “Silvie” as described above. Third bird home on the day from 562 miles and 7th International Pau 12119b is bred from “New Laureaat” Barcelona Golden Wing 2011-2013 and “Olympic Romee” 1st Olympiad Marathon Racer. The dams sire is “Kanibaal Barcelona” when paired to a daughter of “New Laureaat” and “Cindy”.